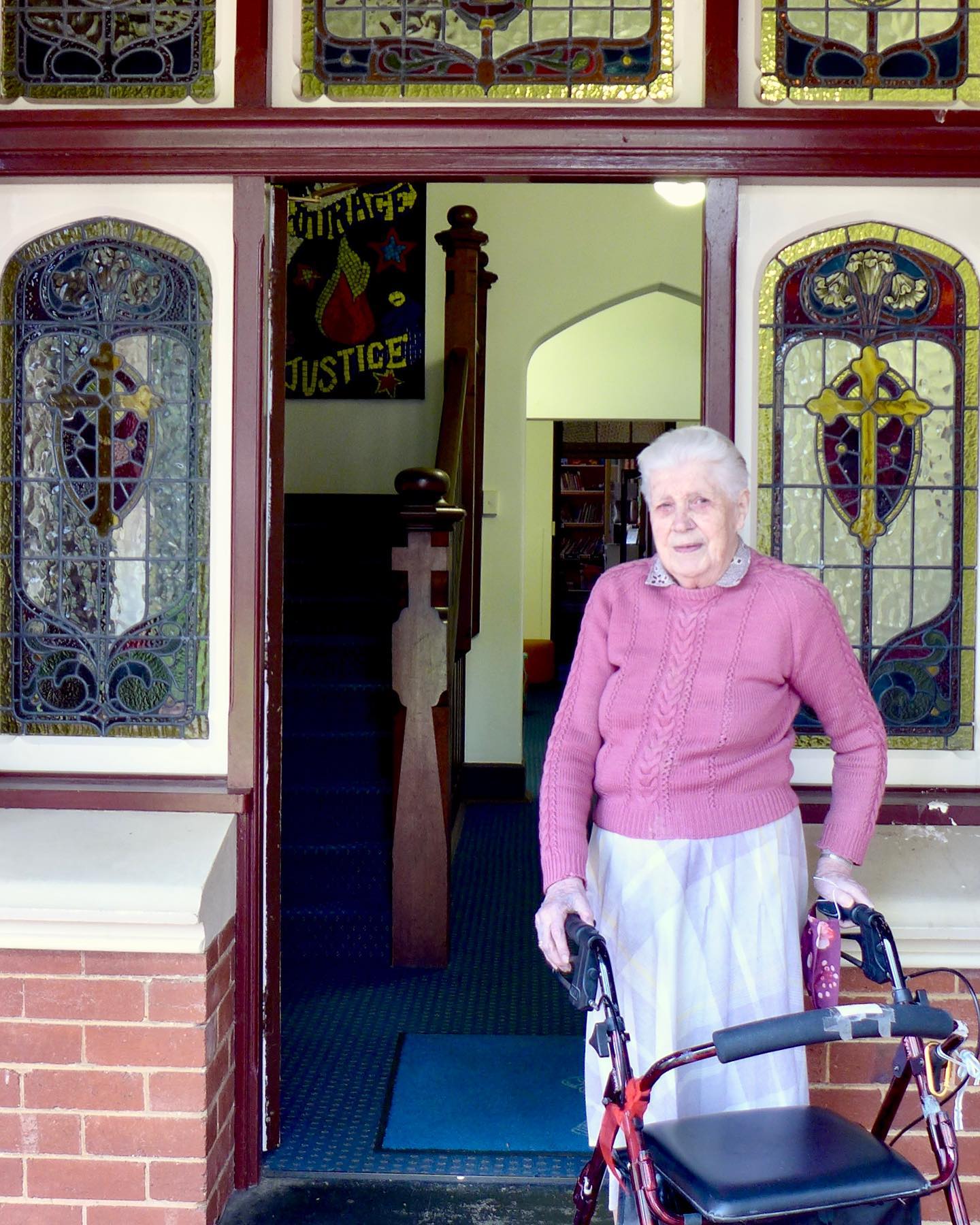 It is with sadness that a Loreto Sister, Anne Carter has passed away. Sr Anne Carter ibvm made her journey home to God on Wednesday 21st September, with her beloved sister-in-law Meike by her side. Sisters Francine Roberts and Maureen Burke and other members of Anne’s family arrived shortly after to pray for her and console one another. As the oldest member of our province, Anne’s death was not unexpected, but it happened suddenly in the end.

Patricia Carter was welcomed into the world by her parents Dorothy and Norman in Elizabeth Bay, NSW. She had four siblings – Adrienne, Barbara, Lionel, and John. The family moved to Perth, WA when Patricia was young and she boarded for a time at Loreto Adelaide Terrace before moving on to complete her secondary schooling at Loreto Nedlands.

She joined the Institute in February 1945 travelling from Perth to Mary’s Mount in Ballarat by train with her school friend Kathleen Brennan. Patricia and Kathleen made their first vows with another five Sisters in their “set” in December 1947. Patricia took the name Joseph Anne (later Anne) with the motto: The Lord is my light and my strength, whom shall, I fear.

In the years following, Anne began her teaching ministry in schools throughout Australia. She was known as a skilled teacher who specialised in English, Geography, History, and French. She also enjoyed a few stints as Mistress of Sports and of course, spent a number of years looking after boarders in various places. She was renowned for taking students on excursions to the bush as she thought their education should be broad.

In 1979, Anne received the opportunity to go to London to further her studies. This was a happy and fruitful time for her. After returning to Australia, she moved into tertiary education and spent over a decade lecturing at McAuley Campus at the Australian Catholic University in Queensland.

In later years, she returned to WA and amongst other things, became the archivist at Nedlands, the editor of New Norcia Studies for many years, and took to writing books! Her Beyond All Telling – A History of Loreto in Western Australia 1897 – 1997, was highly acclaimed.

Anne moved into a retirement village in Success, Perth in her 80s and loved the freedom she experienced there after years of living in large convents. In later years, she moved to Mercy Care in Wembley.

Anne was much loved by her family, and a musical feast was prepared for her farewell, as she was a great lover of music. She also loved animals, so they will no doubt feature in some way during the liturgy. The celebration of Anne’s life, death, and resurrection took place on Wednesday 5th October at Holy Rosary Church, Nedlands.